Starcraft 2 - The Wings of Liberty

Starcraft 2 - The Wings of Liberty

Yes, Blizzards next game will be.... drum whirl

STARCRAFT!!!
Woho, the first game was one of their greatest game. Now they are making a second game. And its not some kind of Ghost game that never came. 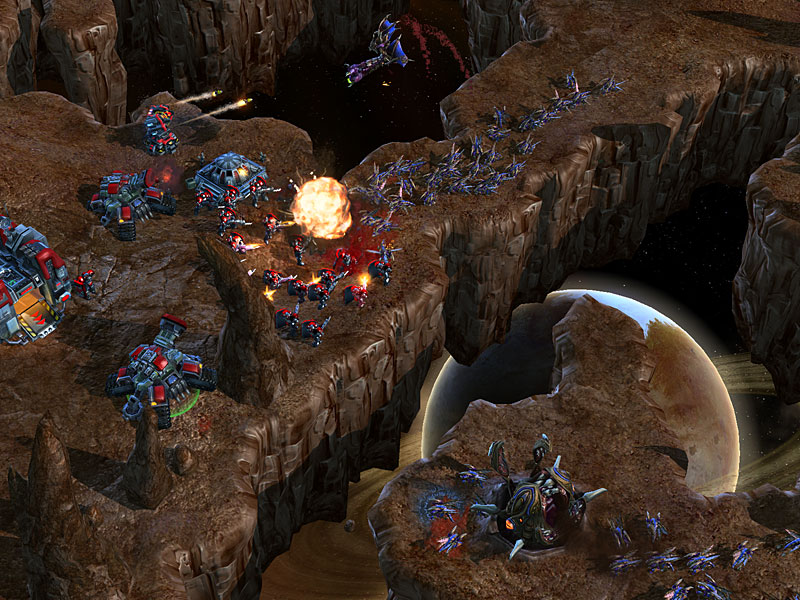 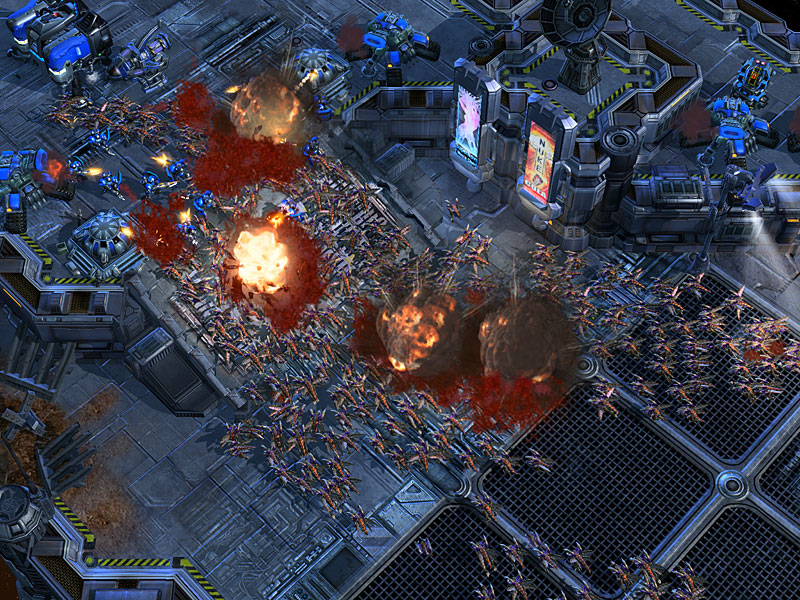 Funny, we were just talking about this on another forum. Here's some videos.

Gametrailers has same videos, but in high quality

almost everything look the same,

new stuff
better graphic
some new units, and tweaked old units
new story, i wonder if it will start of where Brood Wars left.

i feel a little disappointed, but i hope it will be gone when Starcraft 2 come close to its release
Top

Kassidy wrote:Funny, we were just talking about this on another forum. Here's some videos.

I think it's (pulls up site) Tychus Findlay. I'm hoping for a Raynor and/or Zeratul return myself, since Kerrigan is sure to be included.

Now Artanis' "I know it's not 3-D!!" quote won't hold water, although it's still Warcraft 3 in space.

Simultaneous Mac version release in the works as well, which falls nicely into my plans for a Macbook Pro this October/November (yup, aiming for Leopard).

Kinda lame that they increased the size of the nuke target painting, but I'm sure they're ironing out all the details.

Edit: I'm told they're anticipating a release sooner than other game releases suggest, which, knowing Blizz, means it'll come out in at least a year. Still, it looks like they've started out from the ground up and made damned sure that everything was stable by now, so all they have to do is tweak game rules and maybe some graphics/sound before release.
Last edited by Magus_Melchior on Sat May 19, 2007 12:59 pm, edited 1 time in total.
Top

anyone checked the zealots attack video?
seems Blizzard fixed the issue when you go to attack that they dont line up behind each other. i wonder how this will be for the marins and especially zerglings ^^
Top

This looks great in 3D, but I wonder if that neat game grapics will effect the game play speed? I mean, it does matter on your computer, but the game it's self will take a heavy toll on any computer. It's basiclly the same only for a few minor changes and the better grapics though.

Edit: I've seen some "download starcraft" and other adds like that, could those be some illegal rom types of games? The adds seem to apear based on what we say here. This might not be nothing, but I'd thought that I should say something just in case.
Last edited by Danny on Sun May 20, 2007 4:48 am, edited 1 time in total.
Top

That's Google Ads. If they've placed the site on their sponsored sites list it is supposedly a legal on-line distribution. If not, they can deal with the copyright issues. And yes, Google Ads advertises in accordance to keywords used on the page the ad is placed on, so if we were talking about flowers, a link to an online florist would most likely appear.

It does bring up the question as to whether we should be using Google Ads or not, but that's a separate debate.

I wouldn't worry about it. But thank you for pointing it out.

As for the 3D stuff, if the hardware is up for it there shouldn't be any lag. Of course, sod knows just how good one's hardware has to be (I know mine isn't, which I'm kinda annoyed about, but still).
Top

i wonder if they going to release more info about Starcraft2 soon, i want to know more about the Zergs!!!
Top

Peh, it's just going to the be same friggin' game just with updated graphics and storyline...
Most people don't even care about singleplayer... they only care about the multiplayer action.

there are sites that are selling games online, and you can download them legally.

they made zerg swarms even more swarm-like. they are like insects now
Top

And it's like what 10 years later. People called me a loser for fantasizing about Starcraft 2. They said it would never happen. I always knew this day would come.
Top

I'll gladly take a graphical enhancement of SC over adding something strange like a hero system. Don't get me wrong, I liked it in Warcraft 3, but I don't think it'd work well in SC D:

I finally saw a gameplay vid last night, and it looked soooo smooth. I just hope it runs that way on my system too