« Unraveled: Tale of the Shipbreaker’s Daughter
Secret of Mana on Android – 50% off »

Square Enix has announced that Yoko Shimomura will be releasing a Legend of Mana arrangement album, Promise, on September, 30th 2015. 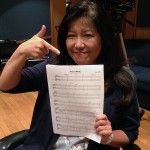 You can see a little video about it with a jazzy bit of Domina’s music, here.

Both comments and pings are currently closed.