Archive for the ‘Soundtracks’ Category

Songs of Light and Darkness

I’ve finally managed to get myself white listed on the site again, after 5 long years, and magically enough the post I bring to you today is about exactly the same thing I posted about last time.

Except this time it’s finished.

Head over to sd3.ocremix.org to check out the SD3 OverClocked ReMix album, “Songs of Light and Darkness”, it’s taken a while but it’s finally here.

The second song on the album is especially on the nose, literally mentioning the “long long time” and “it might take 5 years but it reached the last stop” in its lyrics (I didn’t expect lyrics going in; also my last post mentions it being in the works for 4 years, so I guess we’re looking at almost 10 or so now, what an endeavor!).

Thanks to Rozovian for keeping me updated all these years on the project, and congrats to you and yours for seeing this all the way through. Also thanks for giving me an excuse to use the Mana Music Monday tag again, even though it’s technically Tuesday now. But late updates are nothing new around these parts!

Anyway, great job to all involved, and I look forward to listening through the entire thing.

Comments Off on Songs of Light and Darkness

Unraveled: Tale of the Shipbreaker’s Daughter

While not strictly related to the Seiken Densetsu series, it has a connection to one of our favourite composers.

Unraveled is an adventure RPG game currently seeking Kickstarter funding (at 7.4k our of 15k with 14 days to go at the time of writing). As with the trend of many KS games right now, it has a retro feel to it hearkening back to the days of Secret of Mana and Chrono Trigger, but not only that, the soundtrack will feature collaborations from Secret of Mana composer Hiroki Kikuta. The current draft for the main theme can now be heard here in the embedded YT video.

I for one am backing this project, as it does look interesting, so check it out and see if it is your cup of tea or not. Otherwise, simply enjoy the music.

Comments Off on Unraveled: Tale of the Shipbreaker’s Daughter 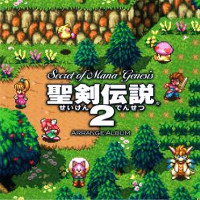 A few days ago, Secret of Mana: Genesis, an arrangement album of tracks taken from Secret of Mana, was released by Square Enix. It contains 16 tracks arranged by Kikuta himself, though they do not deviate very far from the originals. His intent with the album is to keep the original feel of the songs and refine the sound to make it more beautiful. He says it was a difficult challenge, but he’s happy with the end result.

You can find the album on iTunes, or can purchase the CD from retailers such as YesAsia for around $30.

The tracklist is as follows:

Comments Off on SoM: Genesis

Since the site rebuild a number of pages were missing from the Soundtracks section, primarily relating to the Fan Doujin Albums and original composer solo work. These pages have now been restored, and a number of broken links fixed (whoops!).

These will hopefully be expanded upon not long from now to include more recent Doujin work, a few additional compilations in which SD music appears, and the upcoming Arrange albums from the original componsers (Itoken’s one is already there).

Thank you for your continued patience with the on-going restoration.

Comments Off on Soundtrack Section Updates

At this point there aren’t any solid details, and I’ll be looking further into this to see what I can dig up, but rumour has it that Hiroki Kukuta and Yoko Shimomura will also be releasing arrangement albums for their contributions to the Mana series, in the same way that we know Kenji Ito is doing with Re:Birth. Watch this space.

You can find a sampler of all the tracks for SQ Chips here.

Now this is not normally something I would do, but I want to raise a rather serious point here. Everyone here, I’m sure, knows that I, admitedly, hold a certain bias when it comes to the works of Kikuta in soundtracks, which some may find is swaying my view on this matter, but hear me out for a second.

I’m listening through the samples for all the tracks on this album right now, and I can spot a rather severe drop off at one point. END_OF_DOCUMENT_TOKEN_TO_BE_REPLACED

Ustream hosted a similar live streaming event for the CD on August 3, before the album’s release.

Via Kimiko (thank you!), via ANN, via Famitsu

Sheexy tipped me off on this one after finding an auction on Yahoo.co.jp, and after a quick search, it turns out that an official album is on the way from the hands of Kenji Ito.

Re:Birth/聖剣伝説 伊藤賢治アレンジアルバム, will be hitting stores on October the 19th to celebrate 20 years of Seiken Densetsu, and will consist of a series of tracks originally composed by Kenji Ito, arranged by… Kenji Ito. It will apparently cover a variety of styles, and although the full track list has not been released yet, it will include the following:

It will be available for the price of 2,500 yen from Amazon.co.jp and The Square Enix e-Store. A sample is available here of the track that includes, are we at all surprised, Rising Sun.

The CD will also be included in the Box Set due to hit stores around the same time for 21,000 yen.

Square Enix are soon to be releasing an album of chiptune versions for songs from several of their later gen titles. SQChips will include songs from Secret of Mana and Seiken Densetsu 3. Among other titles of interest are Chrono Trigger, several Final Fantasy games, and a couple from the Saga series. The album is due out on September 7 for ¥1890, and will be available from Amazon Japan, the Sony Music Shop and the Square Enix eStore.

Thanks to Bastian from the forums for pointing this one out to us. Source: GamePro

Soundtrack pages are back

It’s back online, thanks to Kassidy.